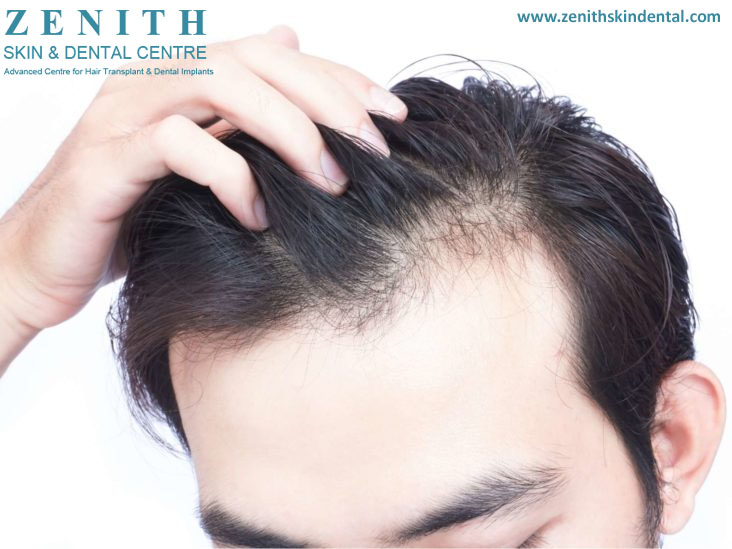 Alopecia and testosterone, is there a relationship?

It is a common saying, a phrase that we have all heard and (surely) taken for granted. We refer to the fact that having a lot of testosterone causes hair loss. But is there a direct relationship between testosterone and alopecia? The Best Dermatologist in Punjabi Bagh is going to discuss in this post to find answer for the question. What will fall out first, the hair or the myth?

The functions of testosterone in our body

Let’s start at the beginning: what is testosterone? It is the male sex hormone (androgen) par excellence, linked to the development of the genitals and secondary male characteristics. It is an anabolic steroid produced by the testicles and, to a lesser extent, the adrenal glands. Most of the testosterone flows through the bloodstream bound to proteins that inhibit its function, but there is always a percentage of free testosterone that is active to fulfill its mission.

And what is this task? In the first place, as we have already mentioned, it is the main responsible for the development of male genitalia and characters. Likewise, it also intervenes in the sexuality of men and women; it is very important for bone development, exerts an anti-inflammatory and antioxidant action, and also has favorable effects on blood vessels, explains the Dermatologist in Punjabi Bagh.

What does testosterone have to do with hair loss?

It is clear so far that testosterone is essential for the functioning and development of the body, especially in men, but also in women. But, what relationship does it have with hair loss? The main cause of baldness is called androgenic or androgenetic alopecia, which has its origin in genetic and hormonal factors, one of the main responsible being androgens (male sex hormones). This type of fall affects both men and women, but it is much more common and aggressive in the former, says the Dermatologist in Paschim Vihar. Let’s dig into it.

Dihydrotestosterone, the cause of male pattern baldness?

If androgenic alopecia affects men more than women, and they have a higher proportion of testosterone in the blood, it is logical to think that there is a direct relationship between the two. But the reality is that it is not. The cause of alopecia is dihydrotestosterone (DHT), a by-product of testosterone generated when it combines with the enzyme 5-alpha-reductase type 2. DHT attacks the hair follicles as if they were a foreign body, causing them to atrophy and progressively die, explains the Dermatologist in Punjabi Bagh.

Therefore, the ‘blame’ is not testosterone, but the enzyme 5-alpha-reductase. If it is present in the scalp, it makes possible the synthesis of DHT and this weakens the follicles. There is therefore no relationship between abnormal testosterone levels and baldness. Bald men do not have more testosterone in their bodies than bald men, but rather a greater genetic predisposition to be affected by the presence of DHT in the scalp.

DHT may be the cause of alopecia, but are there treatments to stop hair loss?

Now that the main cause of alopecia has been identified, what can we do to combat it? The most effective Hair Fall Treatment in Punjabi Bagh to stop baldness is to prevent as much as possible that testosterone is transformed into dihydrotestosterone in the scalp. Drugs such as a 5-alpha-reductase enzyme blocker, achieve this goal with great success. Likewise, since the action of DHT prevents the correct irrigation of the follicles, another way to help fight against alopecia is to promote blood circulation in the scalp. Minoxidil, for topical use, and enriched plasma microinjections (PRP) are two proven methods to stimulate hair regeneration, says the Best Dermatologist in Punjabi Bagh.

If the entrances already make you suffer, there is a solution: FUE Hair Transplant in Punjabi Bagh

Hair Fall Treatment in Paschim Vihar to stop hair losses are quite effective and are becoming more advanced, but they are still temporary palliative solutions. The only complete and definitive remedy against alopecia, capable not only of stopping it, but of reversing it, is the Hair Transplant in Paschim Vihar. The result is a less invasive treatment for the scalp and a new harmonic and natural hairline.